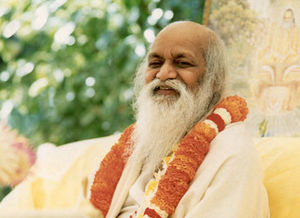 This period unravels the transition of yoga to all around the world. Post-Classical yoga differs from the Vedic, Pre-Classical, and Classical periods since it views yoga on a more present scale. It's goal is to no longer a matter of liberation. It does not strive to liberate a person from reality but rather to teach one to accept it and live in the moment.

Yoga was introduced in the West during the early 19th century. At first it was studied as part of Eastern Philosophy, it became a popular topic that helped researchers understand the east. It then began as a movement for health and vegetarianism around the 1930's. Thirty years later there was an abundance of Indian teachers who expounded on Yoga. One of these teachers in particular was Maharishi Mahesh, the Yogi, or "rishi" who popularized Transcendental Meditation. Transcendental Meditation is a well-known form of mantra meditation. During the 1960s and 1970s several organizations were created to inform businesses, people, and students about transcendental meditation. By the late 2000s,it had been taught to millions of people and its movement had circulated to include educational programs, health products, and related services offered in multiple countries.

Another example of the evolving yoga teachers is the prominent Yoga Guru Swami Sivananda. Sivananda was a doctor in Malaysia and soon became known for opening schools all around America and Europe. The most influential of his works is his modified Five Principles of Yoga. This talented man wrote more than 200 books on yoga and philosophy and had many disciples who furthered his passion for yoga (Yglesias Page 2).

Since then, many more yoga "gurus" have become pioneers, popularizing yoga and finding new forms of yoga in keeping with the changing times. Today there are innumerable styles of yoga, all based on ingredients from the different paths of yoga.